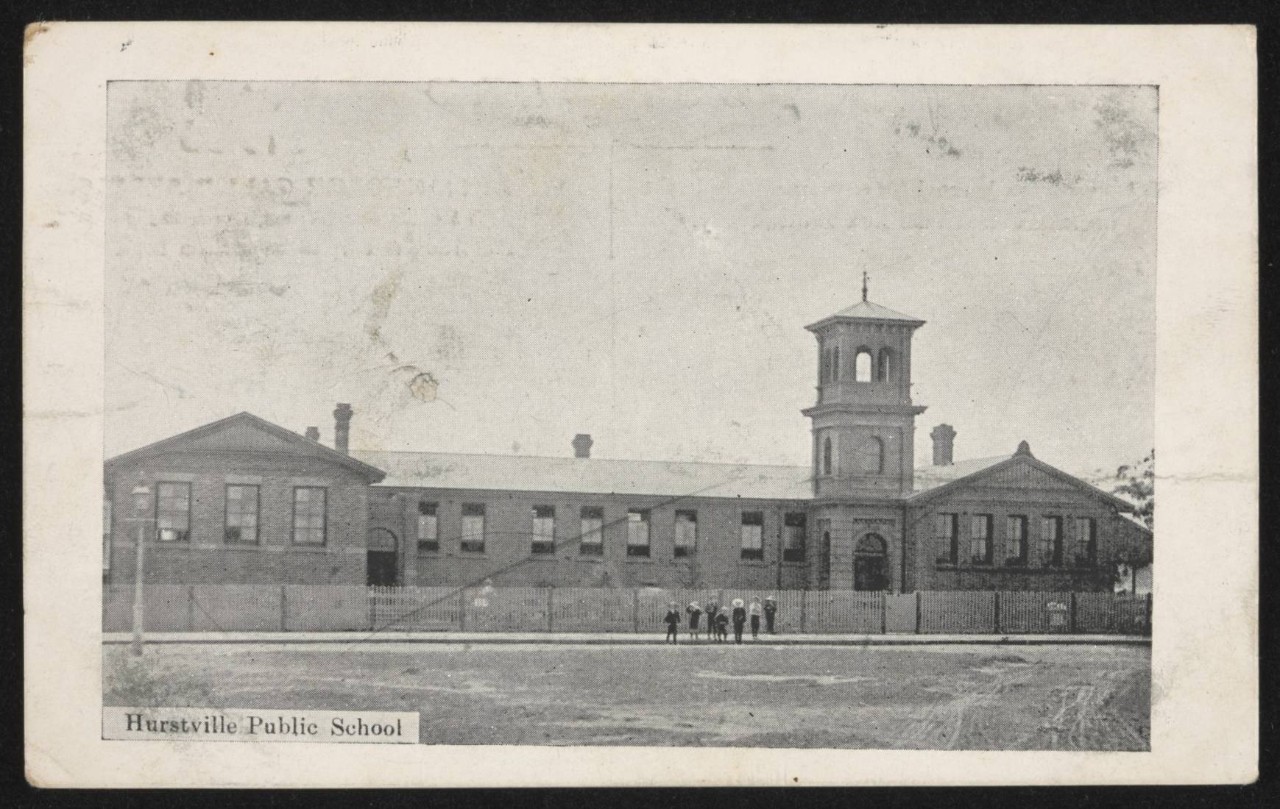 Until 1875, the education of the children of Hurstville was catered for by a Church of England School which was located not far from the present site of Hurstville Public School.

However, the teacher, a Mr George Palmer, indicated that he wished to retire at the end of the 1875 school year. The Church of England Minister felt that it was not desirable for the school to continue and he supported the establishment of a public school. A committee was formed and a site chosen. It was a little under two acres in area and was adjacent to the Post Office and opposite the Blue Post Inn. It had been purchased for the Council of Education from Michael Gannon for 30 pounds. 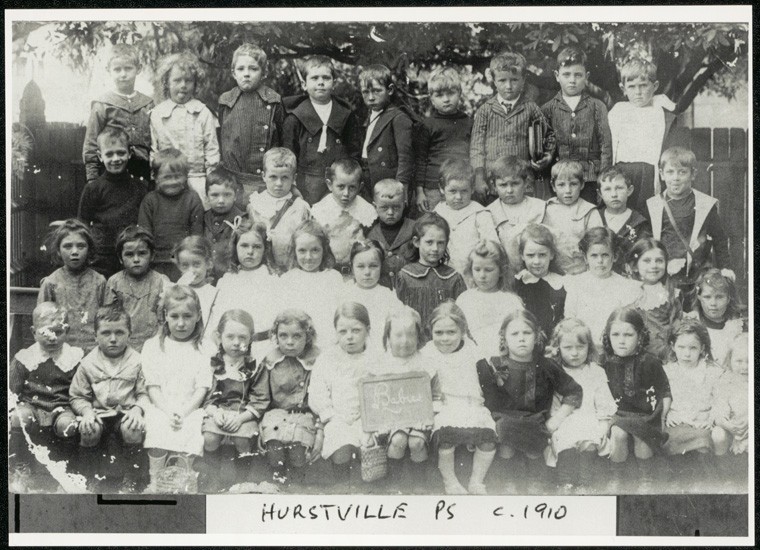 To support the appeal for the establishment of the school, the committee pointed out that the nearest school was three miles away. They indicated that there were 104 children between 4 and 14 years living within two miles of the proposed site.

The School Inspector, Mr W.M McIntyre, visited the locality to investigate the claims of the Council. He recommended that a school room large enough to accommodate 60 would be sufficient.

Plans for the school building were prepared by Mr Benjamin Backhouse and tenders were called for in February 1876. A building large enough to hold 60 pupils was completed in October 1876 at a cost estimated at 600 pounds. 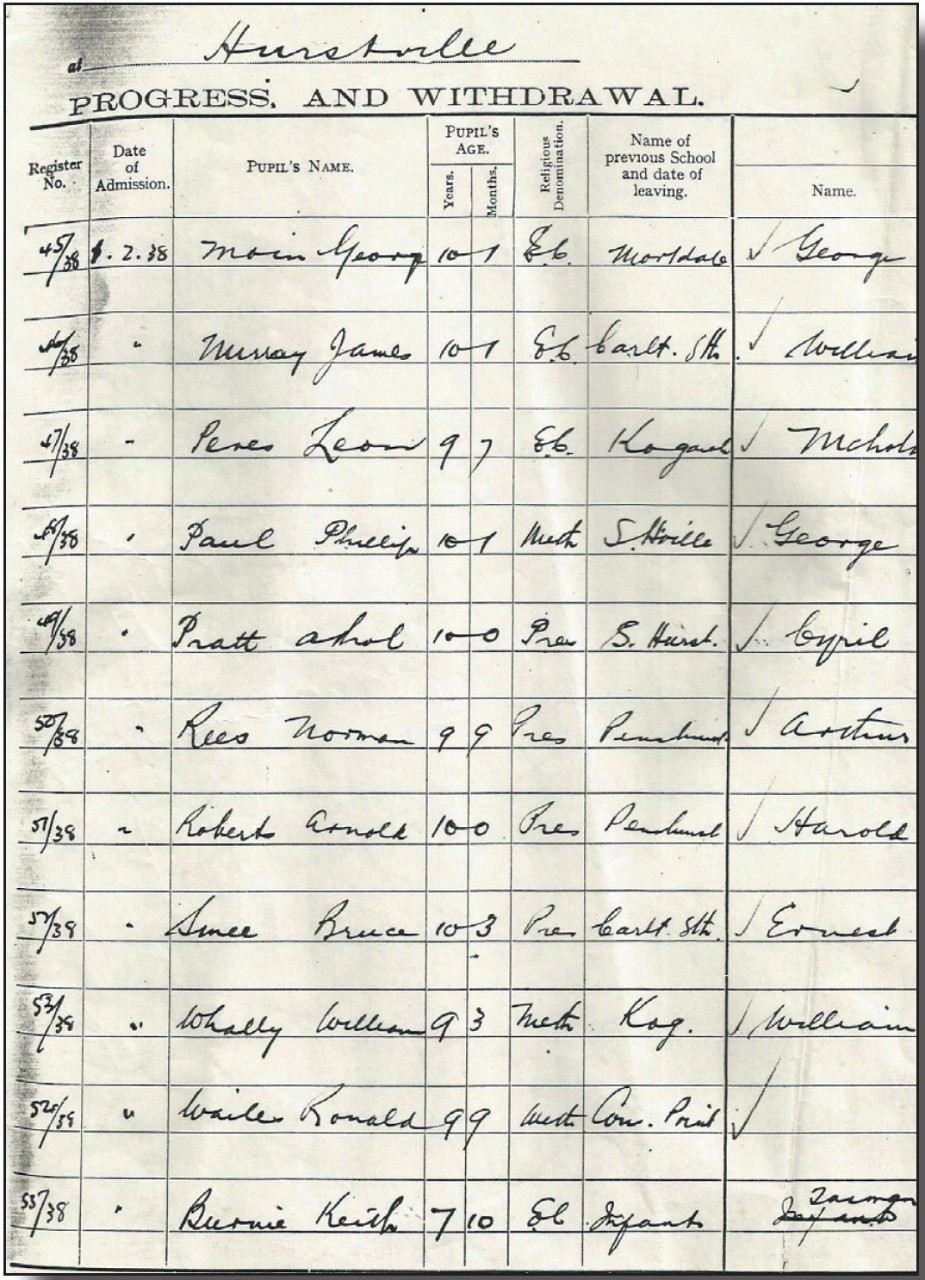 One interesting aspect of the history of the school and the district comes from the choice of the name Hurstville. The area had been known as Lord's Forest and Gannon's Forest. W.M. McIntyre, Inspector of Schools in 1875, recommended the name for the new school to be "Forestdale". However, the Council of Education stated that there were already a number of schools of which contained the word Forest and requested Mr McIntyre to suggest another name.

The name Hurstville suited everyone and was adopted. Thus, our community is called after the school. The puzzle does not lie in the name itself, however, but in the reasons behind its choice. In particular the "Hurst" part of the name.

It has been suggested that it comes from the town of Hurst in Lancashire or either of the local identities, Mr Hurst of Peakhurst or the Rev. Hurst, a frequent and welcome visitor to the district. However, it seems more likely that the name came from Mr McIntyre's desire to perpetuate the association with the forest.

The best interpretation of the name comes from these simple definitions:

"Hurst" – a wooded hill or group of trees

"Ville" – an assemblage of houses

Hence, Hurstville : A collection of houses in the woods on a hill.

The first teacher to be appointed was Mr Michael Lappan. For some reason, neither he nor the school seemed very popular. Attendance was poor as enrolment was about 60 but there were said to be another 60 children in the area who did not attend. Of those enrolled, usually only half of them were in regular attendance. Mr Lappan suggested that the reason for this was the lack of a school bell tower.

Mr Jones, School Inspector, suggested the poor attendance was due to Mr Lappan's "advanced age and weakness of discipline". He was also not impressed with the results of exercises he gave to 3rd Class. These exercises included parsing, dictation, a spelling test of 20 words such as "….unnecessary, mignonette, chrysalis, heifer, Reuben and archipelago", and a scripture lesson which necessitated the children placing the following names in the order they were born …Terah, John the Baptist, Seth, Hagar, Herod, Lot and Christ.

None of them performed particularly well and Mr Jones took their papers with him as evidence of claims against Mr Lappan. These papers exist today in the Department's Archives. Mr. Lappan eventually decided Hurstville was not for him and, in 1879, he was succeeded by Mr Locrin Tiddy.

Around 1886, there was a sudden growth in population, due to the completion of the railway. Mr Felix Thistlethwayte was the Principal at this time and enrolment at the school was over 200. Mr Thistlethwayte decided the school should be organised into two departments - Boys and Girls – not the more usual Infants and Primary. He felt this division would render the school population more manageable as they would be of approximately equal size and that a female teacher would best suit female students,  thus securing a larger and more regular attendance. The girls' department was established in 1889.

The school numbers continued to grow and, in 1913, Acting Chief Inspector McLelland reported that there were 400 children enrolled in the Infants Department but only 280 seats. In the Primary Department, three girls were sitting in each dual desk and eight or nine boys were crowded into a long nine foot desk. This marked the next step in the Hurstville Public School expansion that still continues today.

Return to top of page

We would like to pay our respects and acknowledge the traditional custodians of the land, the Bidjigal people of the Eora Nation, and also pay respect to Elders both past and present.

Copyright for this website is owned by the State of New South Wales through the Department of Education. For more information go to https://www.dec.nsw.gov.au/footer/copyright.